Why Businesses Are Heading More Towards Android App Development 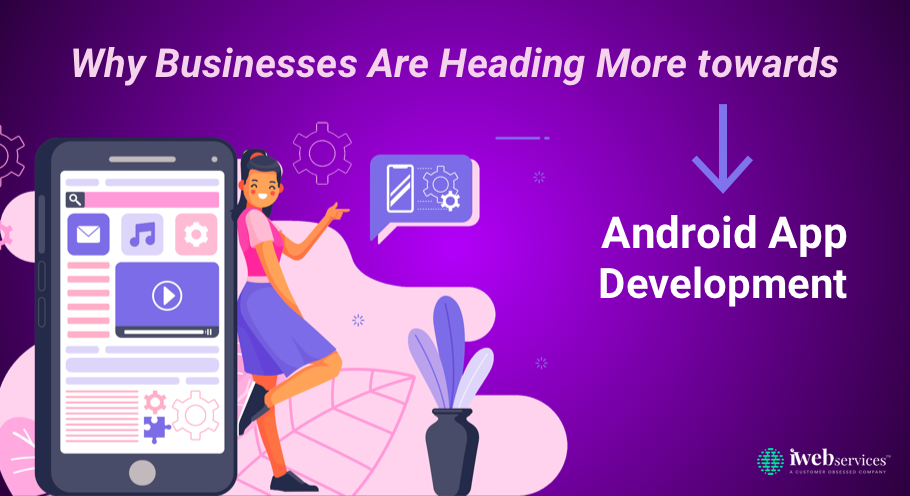 Some people have soft corners towards iOS apps, but the majority of businesses are leaning towards android applications. There are various reasons for that. Let’s say that the simplest user-friendliness of android apps is hard to beat, even by the most talented iOS app developer. For launching a new mobile app for businesses, Android seems to be the much-preferred option. Now the question remains why.

The android app comes with a hand full of multiple advantages. It is not just easy to use but comes with a code-based library. These extra features make development faster work. If you want, you can easily hire developers for outsourcing development work and then focus on various aspects. For your development work, you can select any expert. The user, on the other hand, should have easy access to toolsets like plugins, libraries, SDKs, IDEs, and programming language.

Tune in for the software development kit:

SDK houses various tools, comprising of the executable program for software-based development plans. Some examples are documentation, profilers, debuggers, and emulators. SDK has its share of Android Studio as well. On the other hand, if you make plans to use another IDE, you have to download the same separately, located at the bottom portion of the linked page.

Major Smartphone brands are bringing in various smart devices yearly. With a rotating camera, compact phone, and stylish touchscreen, nowadays, Android-based smartphones house multiple functions with excellent functions. So, users always have an inclination towards an Android phone. That’s why businesses rely on android app development services for attracting as many crowds as possible.

Apple, on the other hand, comes with new iPhone models too. The newer models will have a new iOS version, and the older iOS versions will become obsolete. So, it means Apple houses limited devices when compared to the world of Android. It is not hard to calculate that the omnipresence of Android-based devices is one primary reason for its popularity, even in the corporate sector.

It is true that the design holds a significant place of what remains essential in any application. Android app development services will offer fantastic support services, designed for optimal graphic designs. They are furthermore adding up some more intuitive and advanced graphics, well-rendered in 2D or 3D forms.

Moreover, with Android apps, you have way too many customization options to work with. Your app must stand out in the crowd, and customization will work on that. When compared to the iOS platform, android apps have unlimited options to customize the existing app. It is way more flexible than the Apple platform. Developers can quickly make some fantastic changes to the present architecture of the app. If the need arises, they can add some unique features too into respective apps, which are pretty hard for the iOS sector.

Android app development will be using the Java programming language. That makes it a whole lot easier for the native apps to be well ported to any other mobile OSs like Ubuntu, Blackberry, and even Symbian. Other than that, the Android apps can also be ported to Chrome OS. Microsoft has recently announced that it will work hard to create an easy method for Android apps to get ported to Windows 10 phones and other devices.

Another major reason for corporates to Hire Android App developer and design Android OS is for its accessibility. Any programmer with knowledge of the Android SDK tool and Java can work on your company’s Android app. Moreover, the Android SDK tool is absolutely free to use, and you can access it quite easily. It has enough capacity and potential to create innovative mobile apps with ease.

When it comes to Android app development, the experts won’t worry about hardware. The development takes place on Java, which is one promising cross-platform app development language. For developing apps for corporate houses, programmers can use various tools for free!

Kotlin happens to be one popular language, pretty similar to Java. Kotlin combines the complexity of Java and makes development works an easy piece of cake. Now, developers can cover the task lot faster and efficiently. So, if anyone has perfect knowledge of Java, working on Kotlin won’t be a hassle.

These simple yet effective reasons are behind the growing popularity of Android app development for companies. But, be sure to check out for the best programmers and developers for your upcoming corporate app.