How Much Does It Cost to Hire a Xamarin App Developer? 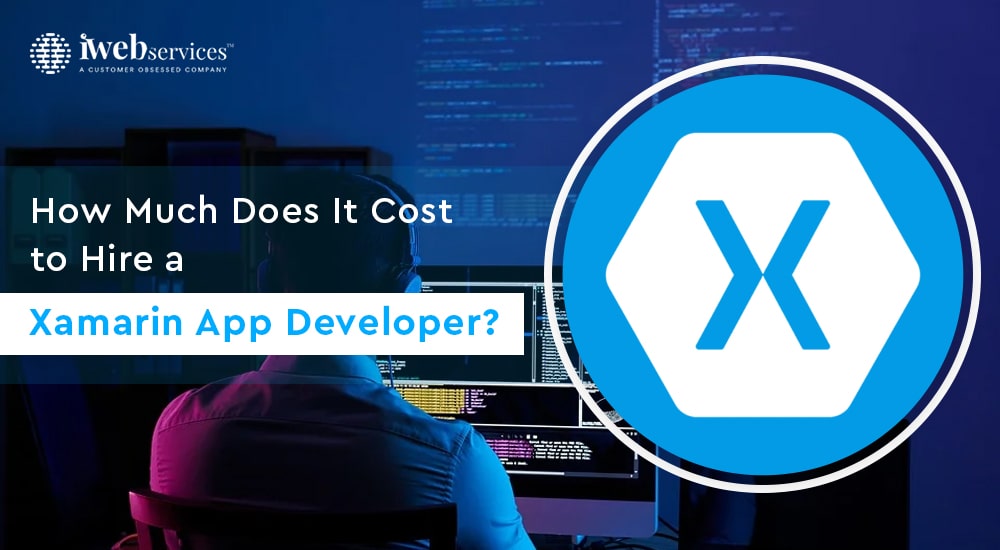 Companies used to run on websites, but now that half of the world’s population owns a smartphone, apps have become a valuable tool for getting business to customers. Apps allow businesses to communicate with their customers.

Furthermore, since early 2016, there has been a considerable growth in Google searches for Xamarin as a term and Xamarin app developers from countries such as Denmark, India, South Africa, New Zealand, and Belarus.

As more and more organizations are taking their business online, the demand for mobile apps has risen to unprecedented levels. According to the statistics, 62% of firms have either produced or are in the process of developing a mobile app. Mobile apps that offer compatibility to all types of OS, on the other hand, are the ones that bring the best ROI to organizations.

Because Xamarin is the new mobile development standard established for mobile cross-platform development, top mobile app developers are switching to a better approach of implementing it. In this article, we have shared tips to hire Xamarin developers for your project and the cost involved in this process.

Xamarin is a tool for creating cross-platform mobile apps. It also allows developers to share up to 90% of their code across major platforms. It’s a new tool that’s based on Microsoft’s technological stack. The platform was created by the developers of Mono, an open-source programming platform based on the.NET Framework.

Why is Xamarin the most convenient for app development?

The most convenient platform for developing an app for both Android and iOS is Xamarin, which is a cross-platform app development tool.

Since the first day of its inception in May 2011, Xamarin has remained the primary choice for every business owner.

This cross-platform tool is used by over 1.4 million developers and 15000 commercial entities around the world.

This solution has proven its worth mostly due to the ease with which business logic for mobile applications can be developed utilizing a single codebase.

Xamarin has been used by a variety of industry verticals, including media, transportation, gaming, finance, and healthcare.

How to hire a Xamarin app developer?

The hiring procedure for a Xamarin app developer is likely to be similar to that of any other platform developer. However, when hiring a Xamarin developer, you must examine the following factors in light of your application’s primary requirements.

While hiring a Xamarin app developer, it’s crucial to consider the location. For example, the demand for Xamarin freelance developers is two times higher than the supply in the USA and Canada.

Taking into account the aforementioned two factors, you can recruit a Xamarin developer by following the procedures below:

Using the Local Market to Hire

You can find Xamarin app developers in your area by advertising job openings on various social media channels. However, if you hire a Xamarin developer from a local market, you may have to pay additional charges such as insurance and government compliance costs in addition to their compensation.

The specialized resources will report directly to you in this mode, and you will have a lot of influence over the project development phases.

Before you hire Xamarin Developers, make a list of the following:

After you’ve determined the type of Xamarin developer you want, you’ll need to assess their talents in light of their Xamarin platform knowledge and expertise, as well as their track record of producing cross-platform apps.

Tip: If you’re starting from scratch with a new app, you’ll probably need a more experienced mobile developer who can see the project through from start to finish. You might consider a junior or intermediate-level developer if you have a smaller budget and are making more modest improvements.

How Much Does It Cost to Hire a Xamarin App Developer?

The cost of hiring a Xamarin App Developer varies by nation and relies on the type of project you want to hire a mobile app developer for. Xamarin developers are often expected to have extensive experience programming in C#. Visual Studio or the .NET Framework and Xamarin. Because of their experience and expertise with these platforms, the average cost to engage a Xamarin developer ranges from $ 20 to $50+ per hour, depending on the project’s schedule, requirements, and complexity.

Without a doubt, Xamarin is a reliable and cost-effective app development platform for cross-platform applications.

For a multitude of reasons, Xamarin is gaining popularity and attention. Its popularity is growing as it saves time, money, and effort. This app-development technology also provides a great user experience and speed.

Article Name
How Much Does It Cost to Hire a Xamarin App Developer?
Description
Are you planning to hire a Xamarin developer? Hire India's best Xamarin app developers in India on an hourly and full-time basis and save up to 60% cost.
Author
Gaurav
Publisher Name
iWebServices
Publisher Logo