Why React Native is Good for Hybrid App Development? 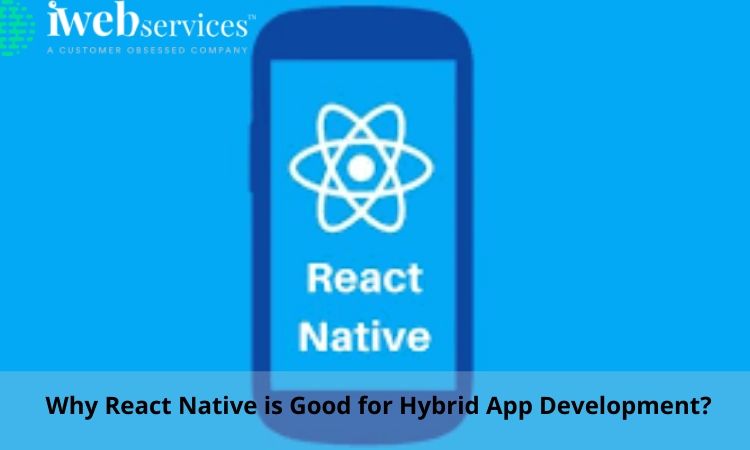 Hybrid apps, on the other hand, are also popular for businesses for being cost-effective due to easy to develop. When it comes to the performance of a hybrid app, it depends on the cross-platform framework on that your app is built on.

There are numbers of cross-platform frameworks leveraged of late to develop hybrid apps. React Native is one of them witnessed their huge acceptance among both developers and businesses. As the name suggests, React Native-powered hybrid apps deliver native alike performance and user experience.

This is the reason why the majority of businesses prefer to hire React Native developers to create hybrid apps. In this blog, we are going to discuss what makes React Native as a good choice for hybrid app development.

Though React Native was first launched to support iOS platform exclusively. But, now it supports the Android platform as well. It means that the open-source cross-platform app development framework is now able to render mobile UIs for both iOS and Android platforms.

It will not be wrong to say that React Native has revolutionized the hybrid apps in terms of capability, look, feel, etc. The actual reason is that it’s building blocks are basically reusable native components, which developers can easily compile to native. It gives the look and feel, which are fully consistent and similar to native apps.

Businesses sometimes want to introduce certain changes in their apps without restructuring the overall app. In this case, they find React Native as the right solution for them.

A React Naive development agency implements the React Native components to your application’s code. Developers leverage Cordova-based-code along with plugin if your existing apps are developed on Cordova and Ionic.

React Native is UI-centered. So, the app developed on this platform is blessed with a top-notch user interface, which is highly responsive and thus enjoys a higher user engagement. Thanks to React Native’s ability to work like JavaScript library. It brings the possibility of interaction of JavaScript with a complete native environment.

With React Native hybrid app development, you don’t need to rely only on webview to add certain functionalities to your app. A React development agency gets the liberty to do third-party plugin to add features to your app.

For instance, if you wish to add a Google map to your application, developers leverage React Native to link the plugin with a native module. It also helps developers easily link the map with devices’ features such as compass, camera, etc.

Get Ahead of Competitors

As mentioned earlier, hybrid apps developed on other frameworks not look, perform, and deliver user experience in the same way as native applications. So, if you have a React Native app for your business, it lets you get an edge over your competitors and thus help you keep your business on the right track to grow.

Well, after going through the above information, you are expected to have a piece of clear information regarding why you need to develop React Native apps. While searching for the React Native development agency, you will end up getting a plethora of options. You need to make a selection of the best service provider based on their track record, numbers of developed projects, etc.