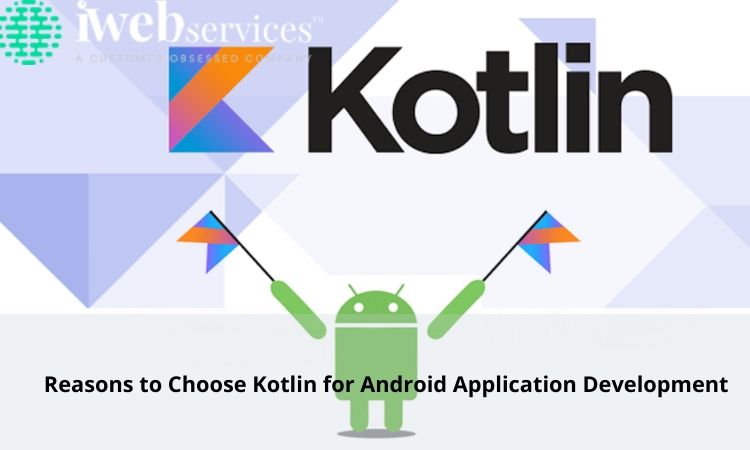 When it comes to mobile application development, you will get Android and iOS platforms to choose from. It’s known to all that Android users are available in a large number compared to iOS users. According to Statista, 88% of overall smartphone users are Android users as per the second quarter of 2018.

So, if you render your services globally or are seeking to expand your business horizon globally by targeting a large number of smartphone users, then Android is the most appropriate platform that you should consider to create your business app.

The launch of Kotlin also witnessed a major surge in demand for Android apps among businesses who now find it easy to hire Kotlin developers to build high-quality apps for their business.

Within the short span of time, Kotlin witnessed its wider acceptance among Android developers and also popular brands such as Pinterest, Uber, and others who have Kotlin-powered mobile applications for their businesses.

Apart from these brands, many popular Android applications have migrated from Java to Kotlin after witnessing its unmatched potential. Before, we discuss here various reasons why Kotlin has become the most-used language for Android application development, take a glance at the basics.

Why Kotlin is Good for Android app development?

Well, the above are only a few glimpses of how Kotlin managed to draw the attention of Android application developers. Let’s discuss here in detail some genuine reasons why Kotlin is considered to be the right choice among Android developers.

The main reason why Kotlin is mature is that the code written using this programming language is highly safer compared to Java. As it minimizes the common programming mistakes by design, which minimizes system failures and thus the apps crashes.

Another important fact about Kotlin is that it is highly compatible with its predecessor Java and also interoperable with Java.

Android Studio gets major support from IntelliJ IDEA, which is developed by none other than JetBrains. It launched Kotlin first in 2011 and after this, in 2016, the programming language gained the status of 1.0.

In 2017, Google made a major announcement to support Kotlin as a programming language for Android application development. And in the same year, the search engine stalwart launched Android 3.0 that gained full support from Kotlin.

According to stats revealed by AppBrain in 2018, Kotlin holds overall 25.30% of market share and became a primary language for creating mobile apps on the Android platform.

The availability of NullPointerExceptions is something that the majority of Android developers find quite frustrating. Kotlin, on the other hand, boasts of features like null-safety.

The simple syntax makes Kotlin an easy-to-learn programming language. Even those who don’t have much experience in Kotlin development find the language quite easier to learn and grasp.

JetBrains, on the other hand, already assured that developers who perform the transition of applications from Java to Kotlin often witness the quite easier process and never face any difficulty. And thus they will be able to make the transition less complex.

When it comes to multiplatform native app development, it’s considered the biggest benefit of Kotlin. Endowed by Android, JVM, Linux, JavaScript, Mac, and Windows, Kotlin is blessed with great features like reusability of code, which saves developers time and effort.

After going through the above facts, it would not be wrong to say that Kotlin has revolutionized Android app development. The new programming language already witnessed its fast adoption rate among the majority of Android app developers and let them create scalable, business-friendly, and high-performing mobile apps on the Android platform.