How Much Does It Cost to Hire a Java Developer? 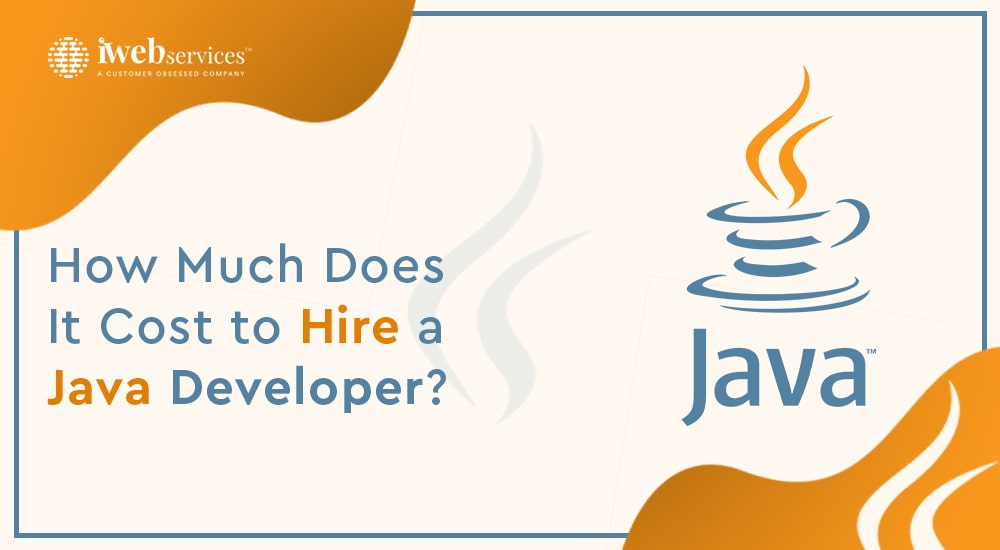 Due to the flexibility that the Java programming language offers, all major firms usually have an ongoing need to hire the best Java developers. Having strong Java expertise can provide you with an advantage in this competitive world, as technology has taken over practically everything, from trade and commerce to education and businesses.

What is Java? Why is it used?

Java finds applications in the following:

Before analyzing the skills and capabilities of a Java Developer. Let’s first understand the job and responsibilities of Java developer:

A Java developer is a specialized programmer who works in collaboration with software engineers and web developers to implement Java for websites, applications, and software.

A Java developer is responsible for various things during an application’s development cycle, which starts right from the designing phase to the testing phase. Some of the key responsibilities are as follows:

Java Developers should have the below-listed abilities.

You must assess their technical skills in Java in addition to checking their understanding of fundamental concepts. The following are some critical areas of competence to look for in Java developers:

It is a computer programming language model that utilizes data or objects rather than functions and logic for software designing.

Java ecosystem offers several technologies such as JUnit, Gradle, Spring, Spock, Maven. Hire a java developer who is well-versed in these technologies and knows how to utilize them.

Java is built to facilitate concurrent programming, and it has included high-level concurrency APIs since version 5.0. Your developers should be well-versed in multithreading to ensure efficient concurrency in your product.

Java developers need to have knowledge of CRUD operations, indexing, joins, and aggregations. Along with it, they must have mastery over SQL queries.

Java programmers should be aware of which data structures are appropriate for a given project.

Java programmers are usually well-versed in the architecture of the Java Virtual Machine and garbage collection management.

Hourly prices for Java developers vary depending on many criteria that include – level expertise, years of experience, market demand, and location. They do, however, have more specialized areas of expertise and work more quickly while still guaranteeing an excellent result.

Developers looking to grow their client base, on the other hand, may charge a lower rate for their Java skills.

The level of expertise required to hire Java developers for your project depends upon its complexity and nature.

How Much Does Hiring Java Developers Cost?

To figure out how much it will cost to hire Java developers, you must first decide on the engagement model. There are different models that vary according to several factors, such as location.  Hire java developers from India will cost you less money as compared to hiring developers from the USA. These models each have their own set of pros and disadvantages. Before deciding on any, it’s a good idea to think about your end goals.

Part-Time Hiring Model: The part-time hiring model can be useful when you need remote support for a long-term project. You can get the task done for half the price of hiring a dedicated developer. Furthermore, within a mutually agreed-upon schedule, you will have entire control over them.

Hourly Hiring: Let’s say you have a project that requires Java engineers temporarily. In that situation, you’ll need to choose a software firm and hire its developers on an hourly basis. The model can also be used to upgrade features, move an app, or manage it. Developers will work on your instructions here and charge you according to the number of hours they spend on the project.

Outsourcing Dedicated Development Team: This strategy is ideal if you don’t want to get involved in the hiring process. Outsourcing to a dedicated development team is also one of the industry’s newest trends. For long-term and substantially larger projects, you can outsource to a full-fledged crew from offshore or nearshore. iWebServices is among the leading Java development companies. We have experts who utilize best practices and technologies to deliver your desired product. Need help with your next Java development project? Get in touch.

The firm’s growth is dependent on the performance of a Java developer or programmer. As technology advances, the requirement for a smart programmer who is also familiar with older code remains. A professional Java developer provides much more to your company than just being a developer.

Java is a widely used global language, and some engineers learn it only for the sake of securing a coding job. As a result, hiring Java developers is not a one-size-fits-all option. Finding talented developers needs a sharp eye. If you don’t have a technological background, the work becomes even more difficult.

This article, on the other hand, will undoubtedly assist you in conducting interviews and determining whether the candidate is financially and professionally acceptable.