Is React Native Really the Future of Mobile App Development? 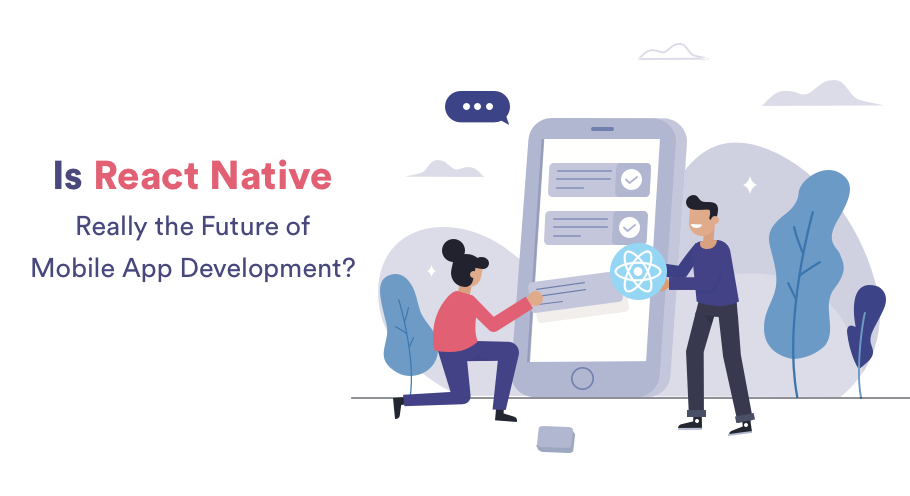 There have been massive advancements in technology over the course of time. However, only a few sectors have witnessed unprecedented growth and one of them is the mobile app development industry.

According to statistics, by end of the year 2020, mobile apps are predicted to generate $188.9 billion in revenue via app stores and in-app advertising.

The users also love the apps that offer flawless performance, seamless navigation, as well as aesthetical appeal. The increasing demand for better, faster, and more innovative apps has led to the urgency to fulfill these requirements.

On the contrary, high-performing, quality native applications are time-consuming to develop as compared to cross-platform applications that provide faster deployment but they compromise slightly on the performance.

To survive in this increasingly fast-paced world, mobile app developers require enhanced technology to build revolutionary mobile applications and keep in sync with the demand. React Native is rapidly transforming the world of mobile and has emerged as a viable solution to write brilliant apps.

What is React Native and is it really the future of mobile app development? 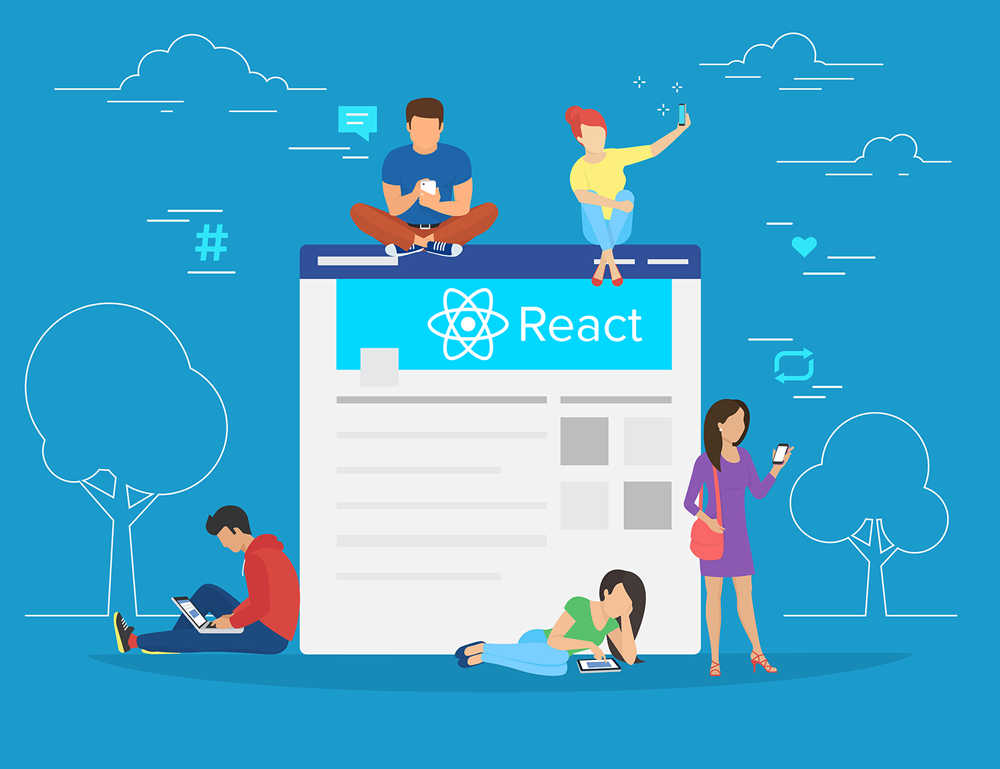 React Native is the native version of the JavaScript library which is maintained by the developers at Facebook and Instagram.

It performs well on targeted platforms, is easy to debug, and provides a fast track to completion.

With React Native, you can build mobile apps that are indistinguishable from the apps developed using Java or Objective-C. It uses the same user interface building blocks as the regular iOS and Android apps, but here you combine the building blocks using React and JavaScript.

React Native has earned massive popularity, community support, and market share within the few years since it was introduced. The Github statistics reveal that 1002 contributors have committed 7,971 times in 45 branches with 124 releases and it is also the 14th most starred repository on Github.

In the beginning, React Native was introduced for iOS. However, due to its amazing capabilities and features, Facebook developed its support for Android as well. Now, at the present majority of React Native APIs are cross-platform, which means that developers can build both iOS and Android apps through React Native with one codebase.

Moreover, you can embed native code conveniently, when required, to impart a more platform-specific authenticity to your app. This not only reduces the development cost considerably but also saves time that otherwise is spent writing codes.

Mobile apps developed using React Native function similarly to any native app. When it comes to usability, scroll accelerations, keyboard behavior, and animations all these functionalities play a defining role in the popularity of an app, and thus, developers just can’t ignore it.

The user interface developed with React Native includes native widgets that perform flawlessly. React Native along with JavaScript runs even the most complex apps smoothly, outperforming even the real native apps, without any WebView. Therefore, building apps with React Native is a competitive solution for developing robust apps at a lower cost.

Another major advantage of using React Native is Live Updates. With the extensive use of JavaScript, developers have the option of pushing the updates directly to the user’s phones instead of going to the app store update cycle.

This ensures that users can enjoy the updated versions of the app immediately and you as a developer do not have to deal with the problems associated with older versions. Therefore with React Native, the entire procedure is extremely streamlined and simple.

We can use Microsoft’s live update service CodePush SDK, which integrates with React Native app and can enable push notifications to our app. The only drawback present which is present here is that only the JavaScript file and the assists can be updated using this feature. Other updates which need the Native OS will have to go through the App Store or Play Store’s standard for the update process.

React Native is highly readable and easy to learn since it is based on language fundamental. It is the perfect tool for developers, who are new to JavaScript, as it provides a range of components, including filters and maps

React Native provides such a developing environment, where the developers have a better experience. It allows the modifications and implementations to take place while the app is running, eliminating the need to restart the app. Hot reloading refreshes the user interface whenever any changes are made to the file. It simplifies the iteration cycle by removing the re-building and deploying steps.

React Native uses the flexbox layout engine for creating the app layouts for both the platforms, iOS, and Android. Therefore, you can use one layout engine to develop on both platforms. We can also use the Chrome developer tools to embed React Native with the desktop chrome browser which gives us easy access to the debugger and profiling tools.

React Native gets massive support from the developing community, and it offers many components that are easily available for use, making the app developing process much faster.

You will find this article useful: Everything you need to know about Progressive Web Apps 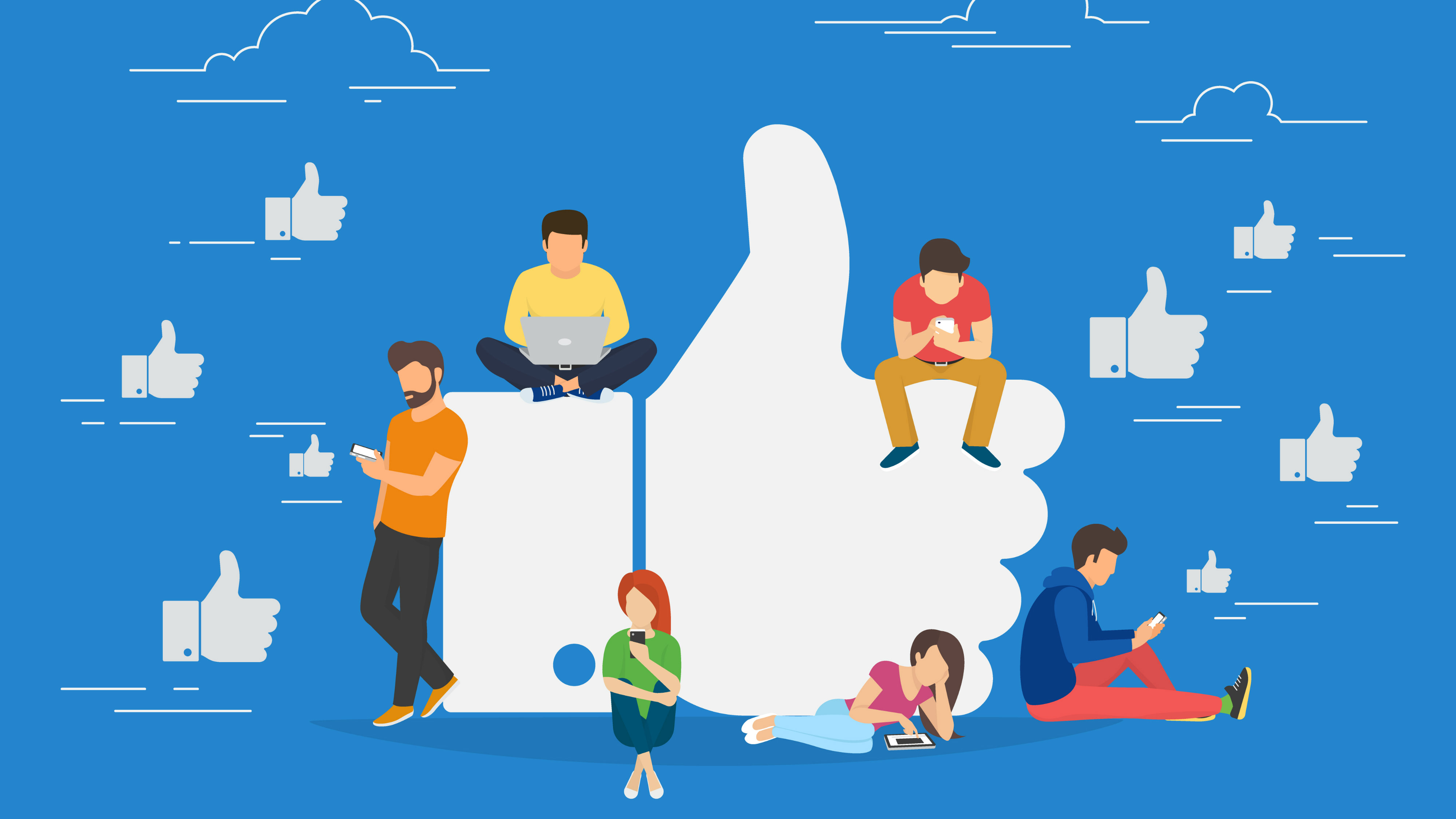 As you begin developing an app on a relatively new coding framework, you are concerned about the app’s future and whether it would be supported or accepted well in the future. Since  Facebook’s Engineering team supports React Native, it has a huge developing community to back it. This community along with Facebook is continuously improving its under-development framework, setting futuristic goals and a promise of better technology.

React Native is a thriving community that offers an ecosystem for the mobile app development sector. It has morphed into a go-to framework for the developers, who want to develop the most innovative and competitive apps.

React Native provides easy access to libraries and plugins, and developers can expedite the app development phase. The apps include the prominent features of native apps without compromising on the performance, all of that within a reduced timeframe, cost, and resources.

iWebServices is a prominent React Native Development Company. With its expert team of developers, seasoned in React Native technology, we can deliver cutting-edge mobile app development solutions for both iOS and Android.