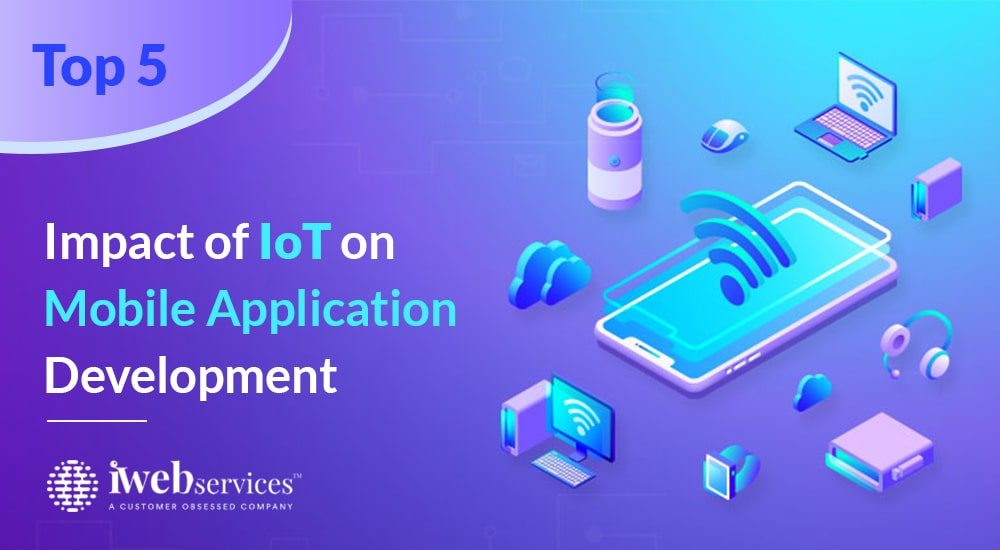 In the present world, our materialistic world engages with the digital world to make our lives better and hassle-free. Digital methods such as mobile apps are introduced to report, track, and customize every interaction between associated physical objects (IoT enables devices ).

You might be surprised to know that in the coming years we’ll have more connected devices than the total population across the globe. In general, IoT can be described as an ecosystem encompassing materialistic gadgets(IoT-enabled devices) operated via the internet.

Mobile apps are the core of organizations that build smart devices to improve different phases of people’s lives. We strongly believe that mobile apps are the reason for the rapid growth of the Internet of Things (IoT).

The Internet of things explained

Internet of Things implies a network of connected devices. The internal contact between these IoT-based devices can be established at any place, be it your home or at your office, a shop, or a manufacturing hub. IoT-enabled devices include smart gadgets that can be operated and guided easily from any remote area. It benefits users from a wide range of industries.

IoT has experienced a notable elevation as technology advances. Backed by the accurate abilities of mobility, technology is creating new breakthroughs in the forms of discovery, user experience, and performance. Many IoT app development companies have begun to develop simple and useful apps that are easy and resourceful to users.

A survey conducted by Smart Insights stated that 92% of people spend time on mobile phones while using mobile applications. So it’s not surprising to see mobile apps grow quite influential and famous over the last few years.

As we move forward, the growth of mobile apps has started to impact the growth of the Internet of Things (IoT). By 2022, the number of IoT-based mobile devices is likely to surpass 1.6 billion.

After taking a closer look at what IoT is,  let’s examine the top 5 impacts of IoT on the mobile app development industry

IoT has embraced several changes and feasibilities since its initiation in the business by implementing a single centralized platform to the end-users to control various devices. This phenomenon has proved to be economical with extra ease of management for the users and developers as well.

For better understanding, when an individual steps in his house, beacon technology in mobile apps releases a sign and gives notification to execute tasks like turn on any electronic gadget, monitor security camera, etc.

Almost everyone in the movie application development industry is trying to find a solution that transforms the method we communicate today. Technology-driven demands are higher than ever before and this has surfaced a route for cleverer solutions. Mobile app development companies have begun to utilize UI/UX (the latest technical user platform)  with superior codes to bring up rich hybrid applications.

The IoT technology is so powerful that it fastens multiple devices, applications, and functions as one unit to control and access all at once. Mobile devices with IoT functionality allowing you to switch on the air conditioner or track your vehicle or monitor your security camera are a few examples of IoT that have cut down on human efforts.

Consequently, it makes life easier and convenient for both developers as well as users. Allowing users to manage all IoT enables devices from one single device has diminished the amount of effort put in by developers.

IoT allows an unparalleled number of entrance points that can be a huge peril to the protection of the application. These entry points make it easier for cyber attackers to misuse the data in unethical forms.

IoT app development company required to be more focused on cybersecurity to abolish any chance of cybercrime. It’s highly essential to build an IoT-based mobile app that is safe and secure. User’s privacy is not supposed to be hindered at any level. Leading IoT application development companies have begun to run IoT-enabled devices to put an extra coat of protection for users.

The shift in Focus and Priorities

Before IoT took over, the majority of application developers completely focused on developing an application that is easy to use and understand. However, with the advancement in the mobile app trends, engineers are now more focused on creating IoT integrated apps with a wider range and smart functionalities.

To stay ahead in the competition it’s crucial for developers to weigh the factors that meet users’ expectations and provide users with the latest technology available. After IoT came in, apps are developed keeping IoT factors on priority to ease the lifestyle of users.

Elevating IoT with your mobile applications with IoT can act as a boon for your company. IoT provides the competitive edge that your business needs to flourish in the ever-changing market. If you’re willing to extend extraordinary customer support, boost interaction with your clients, and make higher sales on your mobile app–IoT is the correct path to go.