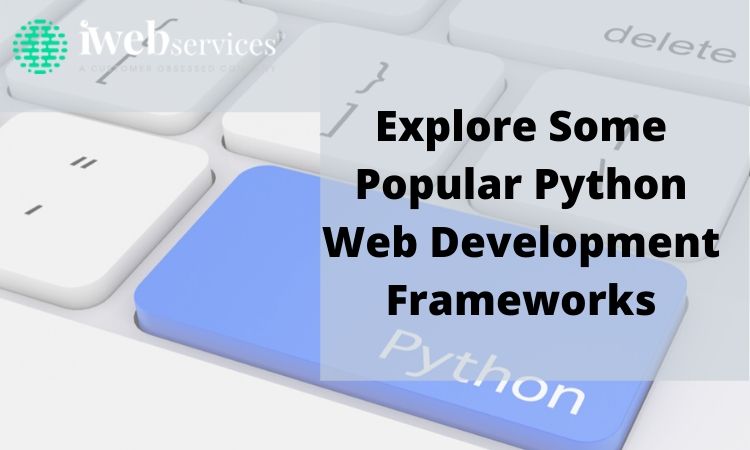 Python is a top-notch programming language that lets developers focus on certain core functionalities of the app while emphasizing on various common programming tasks.

The programming language is also considered to be the most important tool, which is used by those of data scientists and machine learning engineers to a wider extent for a range of purposes.

Python is not only limited to these technologies, but it is also used for many other emerging technology areas such as IoT, AI, and many more.

The main reason for the growing use of Python in many technology areas is that it’s blessed with a unique and simple syntax, which makes it completely different and also a unique programming language. This is the reason why it is popular as a developer’s programming language and also good for those beginners.

Web framework is defined as a set of collections of packages and modules that lets developers create web apps hassle-free. It also prevents them from managing and controlling some low-level activities that include protocol management, thread management, etc. Developers leverage frameworks to make their task easy.

Take a look at several popular Python web development frameworks that are expected to rock in 2019.

As an open-source and full-stack development framework, Web2Py is highly popular among developers for letting them accomplish their development tasks easily and conveniently.

Django is an open-source Python web development framework that lets developers perform the development task quickly. Advocating for the pragmatic design, the framework minimizes all the hassles involved in the process of web application development.

Django is known for being versatile, secure, scalable, quick, etc. This is the reason why it is preferred among developers.

The most interesting thing about Turbo Gears is that it requires a couple of steps to set up to create a web application. By leveraging JavaScript developer tools, developers can easily create a web app.

CubicWeb is another most popular framework that advocates reusability, efficiency, and quality. It is known to have a great security workflow. The framework includes RQL (Relational Query Language), in order to simplify queries in a proper way.

CubicWeb emerged as the right solution for creating a semantic web application with reuse of the components, and also follows the object-oriented design principles.

Bottle doesn’t have any reliability other than the Python Standard Library and is also deployed as a single file module. As a lightweight framework, Bottle is easy to use.

Developers leverage this framework to create a variety of small web applications. It is also used to a greater extent to create a range of APIs (Application Programming Interfaces).

The most important thing about this framework is that it lets users access data, cookies, file uploads, HTTP-related metadata, etc. in a simple way.

Also known as a Minimalist Python Web Framework, CherryPy boasts of a robust configuration system and also a quite flexible plugin system. It mainly uses the object-oriented paradigm and lets them create a web application in a simple way.

CherryPy is the right framework that enables developers to create high-quality web applications with a simple process and also in less time. The framework is packed in with cutting-edge tools that are widely used for encoding, caching, authentication sessions, etc.

Above are some popular Python web development frameworks that developers leverage widely to create web apps. Of course, every framework has its own set of advantages and drawbacks and a Python development company chooses the right framework based on the project requirements.

So, if you are also planning to create a web app for your business, you need to explore everything about this framework. You can hire Python developers who are proficient in leveraging these frameworks while creating a web application.