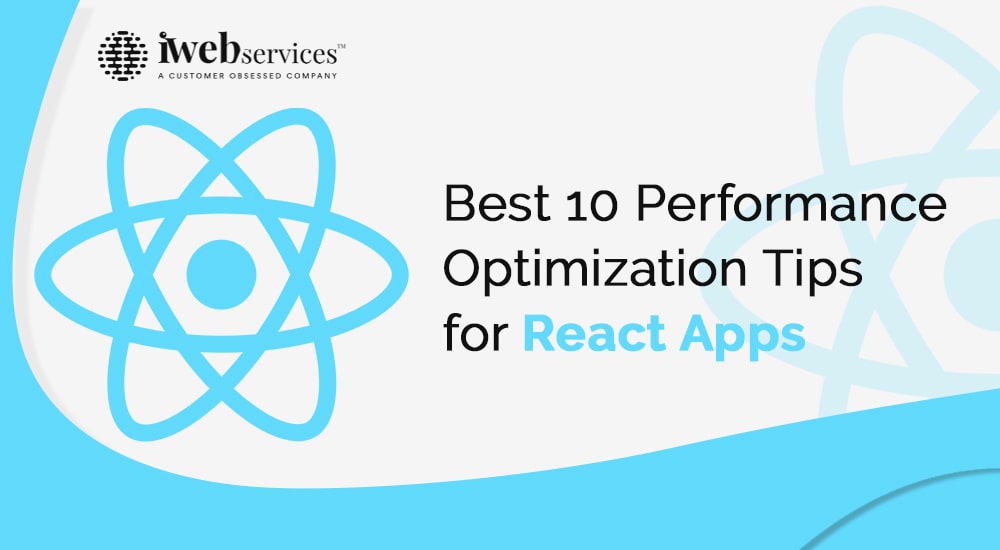 Optimizing is a quintessential thing that every web developer must keep in their mind every day while working with any software or programming language especially JS frameworks like Angular, React, and others.

These frameworks keep updating almost every day, so it is the role of every ReactJS development company to optimize the framework every day for its proper functioning. The developers must keep the codes dry and optimize their codes regardless of certain methods or patterns.

If the developers spend more time writing new codes rather than re-writing the codes then excellent things will happen.

Here are 10 optimizing tips to improve your ReactJS framework

Immutable Data is an opinionated way of writing codes, it is not any design or architectural pattern. Having an immutable data structure will force web developers to think about the way they structure their application data flow.

Every ReactJS development company must follow data immutability practice because it revolves around a strict unidirectional data flow. Immutable data can be applied for designing front-end apps. It can have various benefits such as:

The apps always start with a few components. The moment the developers add new features and dependencies, they end up with huge production files, before knowing anything. The developers can take the help of CommonsChunkPlugin for the web and have two separate files. One for the vendor and the other for the third-party library code. When the developers split two files, then the browser caches less frequently, and the downloads require less time.

When the developers optimize the bundle size of the application, it is very worthy because it means that how much code they are using from dependencies. For instance, the developers can use Moment.js which will include local files for multi-language support. If this is not required then they can use the moment-locales-webpack-plugin to separate unused files from the last bundle.

React uses a hook called Memo which is used in cache functions. It is a CPU-expensive function that takes 3 mins to execute. This function is used to cache or memoize, input dependencies in the arrays so that the user memo will cache against the function.

This is used to optimize the Redux state management, which means a new object reference will be built every time on action dispatch. Reselect selectors capture the redux state and test the fields of the state and give the command to React when to render or not if the fields have not been changed.

JavaScript runs on a single thread, but it may be a long process, and this process might hamper the UI rendering code. Hence, it is best to optimize it and move the process to another thread. This work is executed properly by the web workers. They are mostly declared as a gateway that can easily create a thread and run it on the main thread without hampering the User-Interface.

This technique is considered to be one of the best optimization techniques that are used widely by developers to speed p the loading time. Through this optimization, the developers can lessen the risk of web app performance problems to a great extent. React lazy API is used to load route components in React.JS. This is a new feature added to React.JS to offer a better and straightforward approach to lazy loading and code-separating to the react components.

When composing class-based parts, you can supersede the shouldComponentUpdate() lifecycle strategy. The motivation behind this strategy is to unequivocally pronounce whether the part requires re-delivering. To repeat, delivering is the costly piece of the lifecycle wherein the real DOM is refreshed. Respond possibly delivers in case a part’s props or state have changed, however at times you can skip even this, trying not to call render by any means.

Use of Pure components-

The developers should consider caching if they have expensive function calls. This should be possible as a memoized reserve ( if the arguments are something similar, the outcome is got back from cache). however, the caching functions are directed by the capacity qualities. There are situations where caching functions can keep away from information getting calls.