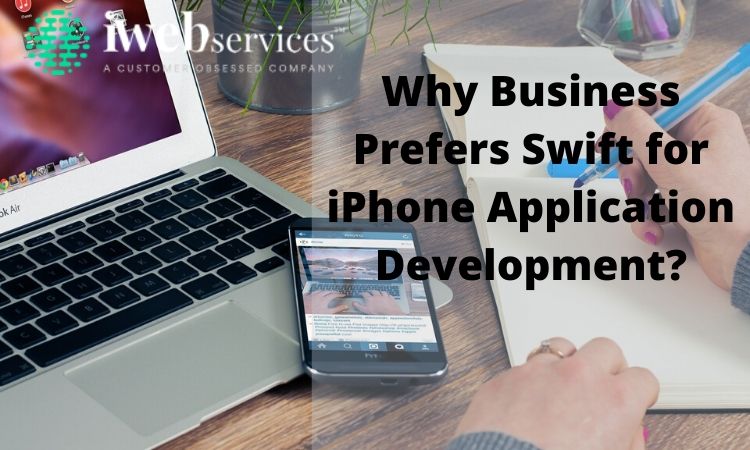 When it comes to iPhone app development, it has been dominated by none other than Objective-C for a long time. Developers leveraged this programming language to create a variety of mobile applications to cater to the needs of a large number of businesses.

The launch of Swift changed the entire scenario and made iPhone app development more advanced by minimizing the development time and cost. Before we discuss here why Swift is gaining popularity among businesses, we are going to mention here some basics.

Programmed and launched by Apple Inc., Swift is one of the most popular programming languages. It is a compiled, multi-paradigm, and general-purpose programming language that developers leverage to build a wide variety of mobile apps with cutting-edge features and functionalities.

Apple-designed the new programming language to work on the Cocoa Touch framework and also of the large body of existing Objective-C code used for a large number of Apple products. Swift is created with the LLVM compiler framework, which is open-source and also includes Xcode.

The launch of Swift as a new programming language for iPhone app development created a lot of confusion for businesses as well. Businesses started comparing Swift with its predecessor called Objective-C.

They also started thinking about whether the new programming language is good for building top-quality, robust, and feature-packed mobile applications. It also started the debate of Swift vs Objective-C. According to Apple’s claim, the new programming language is far better than its predecessor in terms of clarity and thus helped developers in creating impeccable products.

Let’s discuss here several reasons why businesses nowadays frequently prefer Swift to develop their business applications. Take a look one by one.

This is the primary reason why businesses like startups and enterprises prefer to opt for iPhone app development services. For instance, an iPhone application development company charges for its services from clients on an hourly basis.

So, using Swift as a programming language for mobile app development reduces overall development time and thus cost. It helps businesses save money.

A large number of iPhone applications developed on Swift include numerous issues, which are the root causes of the app crash. With the new programming language, developers perform less coding work.

So, it’s quite easier for them to identify issues in code and they can easily remove issues to make the app bug free, fast and high-performing. It prompts businesses to choose Swift to develop iPhone apps for their businesses and reap its numerous advantages.

In a simple word, Swift needs less coding work to create iPhone applications and thus reduces the efforts of developers and also improves their proficiency.

Every application requires proper maintenance, once it is launched successfully on the targeted platforms. It’s crucial to keep your app updated with new content, track its performance, and then integrate several features to integrate extra features to maintain its craze among users.

When it comes to speed, Swift gains an edge over its predecessor Objective-C. The former includes several speed advantages over its rivals. As a result, it saves costs. More and more, Apple also made it necessary that it is focusing on speed. Besides, Swift’s performance matches the standard of C++, which is popular as the fastest algorithm calculation arithmetic.

So, above are a couple of reasons why businesses nowadays prefer to approach an iPhone application development company that is able to leverage Swift for creating a wide variety of content. So, if you also wish to develop your business app on this platform, you can hire iPhone app development services.