How Much Does It Cost to Hire a Python Developer? 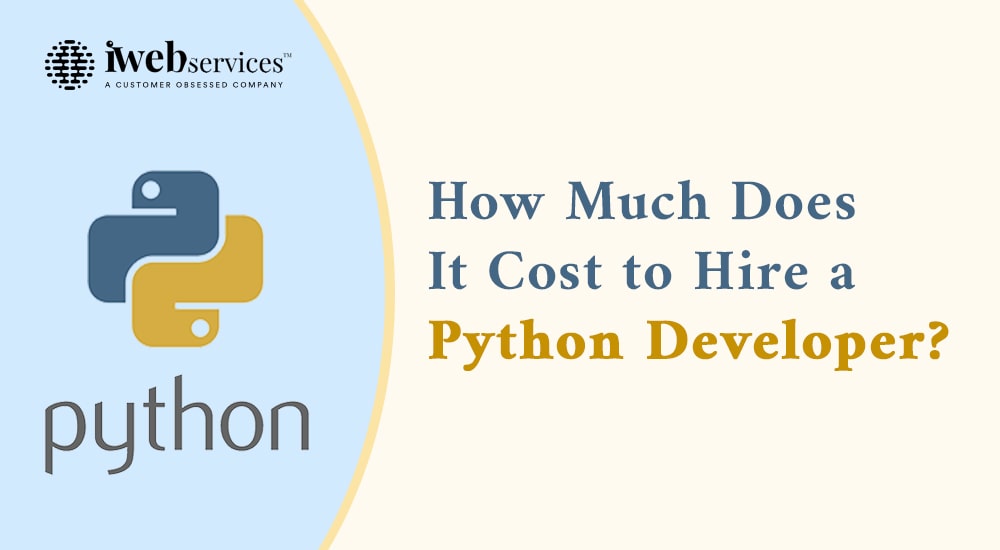 Python is very helpful for beginners to learn and they find it fun and interesting to learn it. Its syntax is easy to learn and emphasizes readability and also lessens the cost of maintenance. This programming language supports various packages and modules and hence the developers fall in love with Python because of its enhanced productivity. Programmers can use Python to create websites, web apps, and desktop GUI applications.

The answer to this question by both the newbie and experienced programmers is that it is easy to read and has maintainable code. It uses simple English for a lot of its commands and many aspiring developers can easily learn the codes remarkably simple codes. Programmers can opt for Python as a great option for creating test features or apps.

This programming language creates highly scalable web pages and being an all-purpose programming language it can be used to develop a multitude of projects. It also allows the developers to create and deploy their applications to almost every hardware and software ecosystem. Python is often decided as the Jack of all trades; it can visualize data in a simple and stable way. Moreover, developers can easily display data on various platforms without worrying about code-break.

Python programming language has many benefits, some of which are mentioned below-

1. matplotlib for plotting charts and graphs

How to Hire a Python Developer

Python is an all-purpose programming language that can be used in various ways most importantly in Data Science and Machine Learning. Data Science and Analytic dependent organizations mostly hire Python developers to squabble with plenty of data in order to make their system smart and intuitive. So, before hiring a Python developer for your organization you must look into their skills and expertise. Some of their skills are as follows-
Machine Learning, Deep Learning, and AI

How much do Python Developers cost in India?

Python is leading in the race every passing year and its popularity is also expanding. Salary is one of the most influential factors in every field when choosing a job. There are several factors and aspects for instance the more experienced the developers are the more salary they take. If you want to hire Python developer in India you have to consider the experience, skills, and job location. The cost of a Python developer in India range between $61 to $80 per hour on average.