The software and mobile app development market is flourishing, which means there is enough work for software development companies all around the world. And they frequently lack the resources necessary to do this work.

This is when remote offshore teams come into play. To improve their entire development capabilities, companies engage offshore remote developers.

The practice of hiring remote developers was already widespread, but the COVID-19 pandemic accelerated the tendency.

IT organizations in the United States and Europe find hiring an in-house developer prohibitively expensive, which is why they are trying to hire offshore software development companies in India.

Over the years, India has established itself as the preferred destination for IT organizations seeking to hire highly trained and experienced professionals at a low cost.

It’s no secret that India is regarded as the global hub for highly talented developers and businesses. And it’s for this reason that IT firms are aiming to capitalize from this massive pool of top-tier developers.

However, there are a few factors to consider before employing remote developers from India. This article will present you with a step-by-step tutorial on how to hire Mobile App Developer, India. But first, let’s take a look at why you should recruit Indian remote devs.

Why should you Hire a Software Development Company, India?

Over the years, India has risen to the top of the list for IT organizations looking to hire offshore remote developers around the world. This is due to India’s large pool of skilled, experienced, and cost-effective developers. Let’s look at some of the other reasons why firms prefer to hire app developers in India.

Time and money are saved

Hiring India-based remote developers can save you a lot of time and money. This is primarily due to the time zone difference.

Even when you’re sleeping, the remote developers from India can work. This ensures that the development process is never slowed. It also guarantees that time is used efficiently, resulting in cost savings.

In India, the majority of employees work in a top-down, hierarchical organization. Furthermore, they are accustomed to working in an environment where their job tasks and responsibilities are well defined. In India, frequent water cooler talks between employees of comparable stations are extremely prevalent.

Working hours in India are normally 10 a.m. to 6 p.m., Monday through Saturday.

Some companies also give Saturdays off. Many employees, on the other hand, are known to arrive late and stay late at work to finish their allocated tasks.

Traffic is a serious issue in major IT hubs such as Delhi, Mumbai, and Bangalore, causing employees to be late for work. This is also why remote developers have such a large market in such cities.

Working from home becomes a luxury for professionals who have stable broadband connectivity since it allows them to achieve a better work-life balance.

What are the Outsourcing Guidelines that Every Startup Should Follow?

Before the interview, do your homework:

Choosing the best IT outsourcing isn’t like picking random things from a store shelf. You should conduct a thorough study and be knowledgeable about the offshore development firm.

How will you choose from the thousands of outsourcing firms that claim to be the best?

Hire offshore programmers with a track record of completing projects on time and within budget. They must have done it for a lot of others and can do it for you in no time.

So, before you hire a website designer or hire a mobile app developer in India, for your important IT project, examine the organizations you’ve shortlisted. It is critical to:

There is a cost to everything. Some items are simply more expensive than others. The cost of any project is proportional to its quality and turnaround time. The developer’s abilities must match those of the client. A genuine outsourcing team will never be cheap. All of this will help you make the best selection possible.

In today’s technology sector, there are a plethora of offshore collaboration options to choose from. Project outsourcing, dedicated teams, and extended teams are some of the most frequent.

It is critical to examine the cost structure before selecting one for your unique project. Consider which cost-to-quality ratio is best for your organization.

For a free no-obligation estimate of your mobile app, contact iWebServices, our experts have years of experience in developing mobile apps design and are always happy to help. 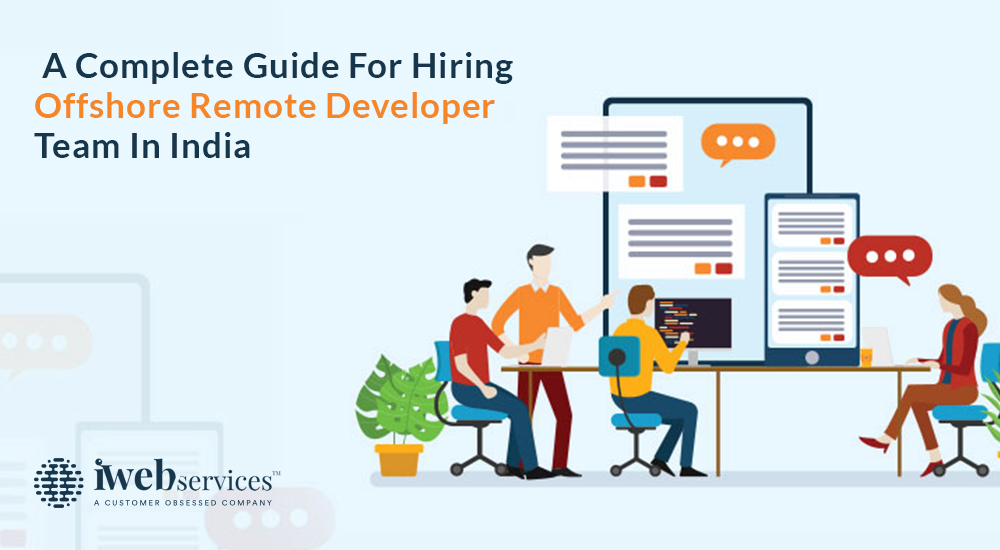 I love writing about technology. A vivid blogger by passion, I enjoy contributing to various tech communities and groups.