Why Kotlin is the Future of Android App Development? 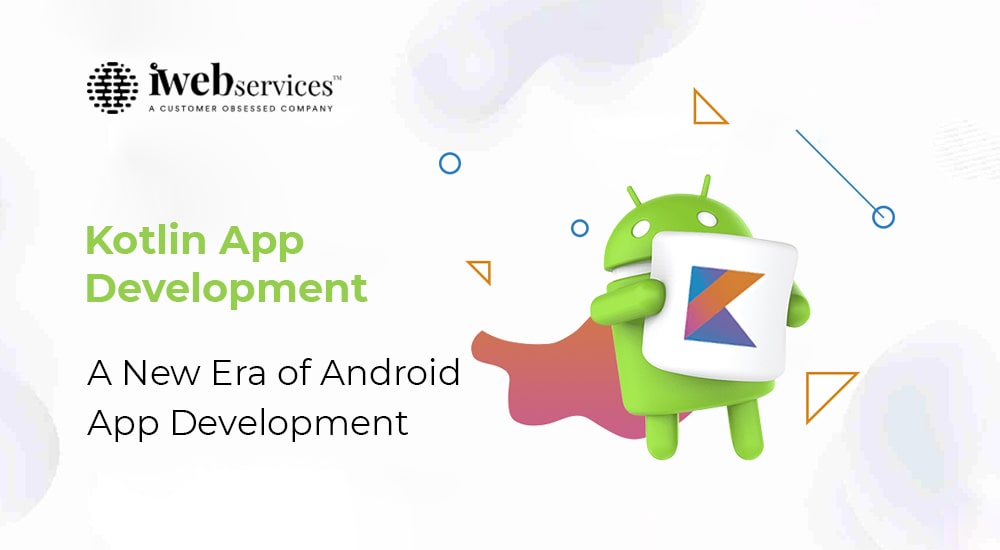 Since the very beginning, we have all known that Java has been the main language for Android App Development. In spite of the fact, that Java has been one of the best programming languages, it had to face many challenges in the market. With the growth of technology, various Java Virtual Machine (JVM) is gaining attention among web developers.

One of those JVM is Kotlin. It is an open-source statically type programming language which has set a new era for Android development. Kotlin merges both object-oriented and functional programming characteristics. So, nowadays most of the Kotlin app development companies cater the best Android experience to their user.

How Kotlin is beneficial for Andriod App Development

Kotlin is developed in JVM and has contributed a lot to creating Andriod apps. Java being the oldest programming language makes the work tedious for the developers, but with the inception of Kotlin, the life of web developers has become very easier. Now let us see some of the benefits of Kotlin:

Kotlin requires less coding as compared to Java and other programming languages. So, it is recommended to hire a Kotlin developer for a better Android experience. Previously the programmers had to write the end number of codes, but with the launch of Kotlin, their coding work and time have been reduced.

This in return, has increased more productivity. Kotlin app development has become the most common language among developers for creating Andriod applications. Hence, less coding in Kotlin has resulted in high execution of app development effective and amazing.

Unlike Andriod O, Kotlin is very easy and familiar for the developers, and they can learn it easily by spending few hours reading the language reference. The developers can easily get a grip of the Kotlin programming language, and it is very powerful to adapt and learn. Kotlin accompanies an instinctive and lean language structure and is intended to benefit delicate learning way for java developers.

If you develop your Andriod app using Kotlin, then you can avoid errors like NullPointExceptions. It permits you to try not to work on nullable kinds, not even erroneously. The compiler is intended to auto-cast errors, regardless of whether you have checked a type as right.

This is one of the features that Kotlin is popular among developers. With the help of this feature, Kotlin can work parallelly with Java on the same project. When the developers merge both Java and Kotlin on the same project, it becomes difficult which area of the project was using which programming language. With the help of the interoperability feature of Kotlin, it permits to use of its features easily without switching or changing the codes for the current project.

Kotlin is an open-source JVM that does not require any cost for Android development. The developers can easily convert their present Java file into Kotlin by using a Java-to-Kotlin converter and start using this high-level language. This tool lets the developer convert the complex codes to a simpler form without comprising in quality. Hence, this process saves both time and money.

Numerous developers love Kotlin for its succinct nature. Java isn’t perceived for this sort of value. As a result of Kotlin’s brevity, it can resolve more issues with less code. Due to Kotlin’s concise nature, programmers can read and alter code more rapidly, decreasing the time it takes to get an item to showcase.

Unlike Java, Kotlin products are less spacious. There is less space for concealing imperfections, and further developed language comprehensibility makes it simpler for designers to discover bugs, prompting improved crashes and disappointments of the framework.

Few Advantages of Kotlin over Java

Kotlin was designed by developers from JetBrains to add more features to Java. There are various advantages of Kotlin over Java, so hire kotlin developer for better Andriod development. Some of its pros are mentioned below-

It can be concluded that Kotlin has become the official programming language for Android development. It is rapidly proving itself to be the superior language for Android app development. Effortlessly of learning, suggestion, and yes the error-free security from special cases, it is accepted that Kotlin will soon acquire the eyeballs and will supplant our traditional programming language for a huge scope. Kotlin has numerous characteristics that automatically make it stand out from its competitors and soon all the developers will start adopting this new technology.